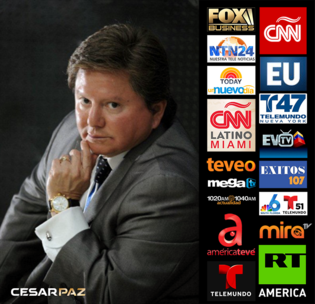 STATEMENT OF PERSONAL AND

+   1980-1982  Served as an unpaid full time missionary for The Church of Jesus Christ of Latter-day Saints in the Ecuador Quito Mission.

In addition to his regular duties as an Agent, participated as the primary Undercover Agent (UCA) in a high profile anti-smuggling long term assignment in the U.S.- Mexico area.  This investigation culminated in the dismantlement of a criminal enterprise that operated a multi-million dollar illegal alien smuggling operation into the U.S. from Brazil.

Assigned to the FBI San Juan Division, in 1991.  Handled a plurality of Fugitive, Bank Robbery violations as well as the coverage of Presidential Appointees' background investigations in the U.S. Virgin Islands.  Participated in Domestic Terrorism investigations targeting upper echelon members of the clandestine terrorist organization “Los Macheteros” {The Machete Wielders}.

Investigated the overseas homicide of U.S. Army Corporal Zak Hernandez who was brutally murdered in retaliation for President George H. W. Bush’s visit to Panama subsequent to “Operation Just Cause”.  Dealt with all aspects of the handling of three extraterritorial eye witnesses who testified during trial in the Republic of Panama, on behalf of the U.S., in October 1997.  Coordinated and effected the in country security and safe housing for the witnesses and 21 family members pre, during and post trial. Liaised with U.S. Army South (USARSO) and intelligence community officials, and developed contingency emergency plans for the evacuation of the witnesses and their relatives in the event of retaliation on the part of the subject terrorists.

Investigated the bombing of a Panamanian commuter Alas Chiricanas aircraft in which twenty one (21) people died including three U.S. citizens.

Assigned to the FBI, High Intensity Drug Trafficking Areas (HIDTA) Task Force, in May 1998.  Initiated a case targeting a Miami based criminal enterprise composed of individuals who migrated to the U.S. during the “Mariel” boat lift and others from Central and South America.  The members of this organization utilized police paraphernalia, operated from 1984 through 1999, and were responsible for multiple robberies, at least six homicides, drug and money rip-offs, home invasions, kidnappings, torture, extortion, drug trafficking, money laundering, a DEA Residence Agency bombing attempt, etc.  This criminal enterprise was dismantled in 1999.  A total of over forty subjects (40) were arrested, indicted, thirty five (35) convicted, and sentenced.  The sentences ranged between five (5) and thirty six (36) years in prison.

Involved as the Case Agent targeting the North Coast and Cali Cartels' maritime freighter cocaine smuggling, distribution, and money laundering operations.  As a direct result of his efforts, numerous multi-ton loads of cocaine were seized, dozens of subjects were arrested, indicted, convicted, and several freighters forfeited.  Demonstrated superb leadership and coordinating abilities as approximately 4,840 lbs. (2,200 kilograms) of cocaine were loaded and transported via Hercules C-130 aircraft from the U.S. Virgin Islands to Miami after seizure from the North Coast Cartel’s Motor Vessel (M/V) Adriatik as hurricane Lenny was pounding upon the islands.

Through investigative efforts, caused the disruption of numerous smuggling operations directed by Colombian narco-terrorist cells, North Coast, and Cali Cartels.  Due to the multiple disruptions and seizures, twenty three North Coast and Cali Cartels' members, and associates were assassinated by the Cartels.

Developed and handled domestic as well as extraterritorial sources.  In a creatively and in an extremely effective and risky but calculated manner, actively recruited two “Upper Echelon” Colombian sources who were highly trusted by the North Coast Cartel.  Exhibited considerable resourcefulness, and humanitarian support during the recovery of another extraterritorial source that was critically shot in the chest in Colombia in retaliation for the seizure of two loads (11,000 lbs., 5000 kgs.) of cocaine.  Directed and assisted the source in his/her efforts to re-establish himself/herself within the Cartel. This source successfully continued participation for several years.

Investigative success in the international arena has been repeatedly demonstrated throughout deployments to North, Central, South America, the Caribbean, and the Middle East in support of FBI international investigations.

From March to April 2001, along with members of the U.S. intelligence community, deployed to South America to participate in an investigation in which U.S. assets in Ecuador, Uruguay and Paraguay became terrorism targets.

Assigned to the South Florida Joint Terrorism Task Force (JTTF) from November 2002 to December 2008.  Investigated the Fidel Castro’s assassination attempt in November 2000 in the Republic of Panama.

In 2004, as part of “Operation Iraqi Freedom” and “Operation Enduring Freedom”, deployed as a General Police Instructor (GPI) to the Iraqi Theater of Operations (ITO) to teach Criminal Intelligence Courses.

In 2005, deployed to the ITO to participate in significant investigations involving American Citizens hostage matters and several Counterterrorism (CT) and Counterintelligence (CI) leads as set by FBI Headquarters and field offices in the U.S.  Additionally, during the above deployment, was hand-picked to participate in five (5) sensitive missions in Iraq in support of a unique military operation.

As an FBI Agent and instructor, has publicly addressed a variety of audiences ranging from schools, church, university students, faculty, foreign officials, diplomats, etc.  Trained hundreds of law enforcement personnel in the U.S. and overseas.  Some of the training was conducted under extreme and austere circumstances.

> U.S. Ambassador Gwen C. Clare, Letter of Commendation, for participation in the kidnapping investigation of five (5) American citizens in Ecuador, 2001.

> United States Attorney, Southern District of Florida, 2011 Law Enforcement Officer of the Year Award.  This award was received, during retirement, as a result of a successful domestic terrorism investigation.